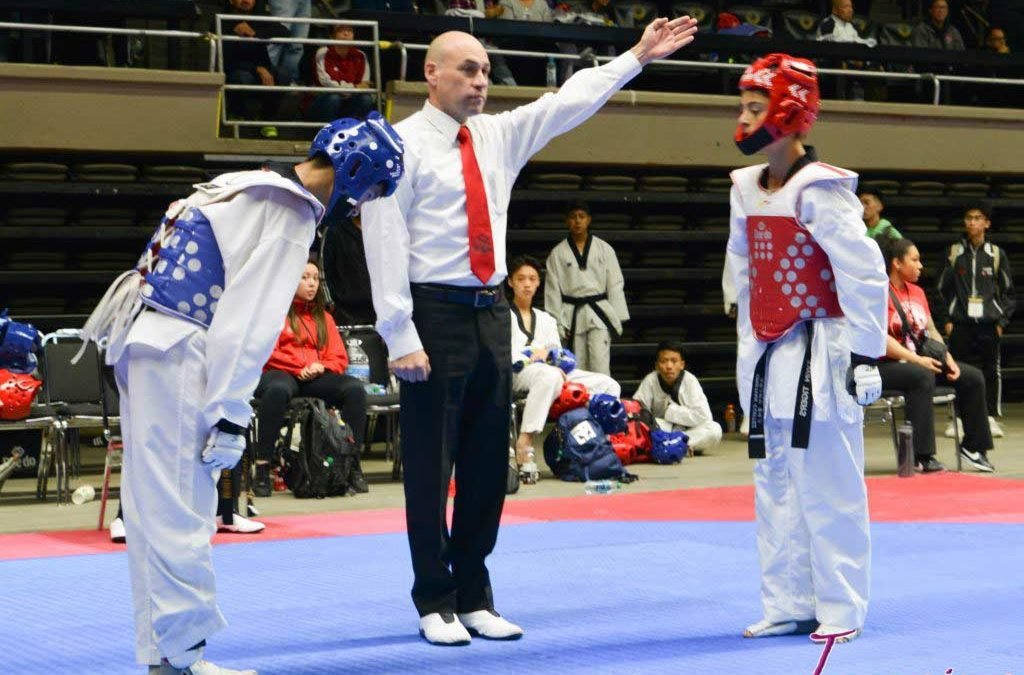 Mr. Raymond Blanchard helped to establish the “Olympic Dream Fund”. It is a Charitable Fund within the CUTA organization to help elite Taekwondo athletes reach their Olympic Dreams. Mr. Blanchard will match individual donations up to $15,000, which is then eligible for matching contribution from Microsoft. To put it simply, we have an opportunity to raise $45,000 in charitable contributions to expand our support for the athletes. CUTA is a nonprofit organization under IRC Section 501(3)(C). You can make a tax deductible contribution at www.catkd.org

From Mr. Blanchard:
“ While watching one of the fights yesterday(at 2018 CA State Championships), a young woman ran to her family and team in the stands crying, saying, “I made the team, I made the team” with tears falling down her face. She kept repeating, “I get to go to Costa Rica with the team!!!” Her parents and friends hugged her and they started crying together. This is why I support CUTA! Congratulations again for establishing a real team model and culture, its invaluable to these athletes and their communities.

I grew up training and competing in Taekwondo, with the goal of making the 1988 US Olympic Team when I was 18. However, I didn’t have a team, or even a coach that could travel with me, so I traveled and competed around the US on my own, without a coach in my chair or a team to cheer me on. I made it as far as the Olympic Team trials on my own, but lost to a competitor that was already part of the US National Team. He had a coach, the resources of the US National Team, as well as his teammates to help support and train him. However, without local State organizations to help develop athletes before the make the National Team, its impossible for most athletes to garner the resources and team support needed to compete. CUTA is the first State organization that provides this kind of support to its athletes, without it, that young woman that cried with her family after she made the CUTA State team would never have the chance to compete in Costa Rica to chase her Olympic dream.

Note: Mr. Blanchard already matched $3000 in individual contributions this year. We would like to express our deepest appreciation for his generous support of CUTA and it’s athletes. For your information, our CA State Sr. Team trips were to Costa Rica for the past two years, but we will be taking our team to French Open and Israel Open this November.